On calorific weekends and welly wearing

On Friday night, I found myself on my way home from work with very little will power to do more than keep my eyelids from shutting prematurely. To say that I am not yet accustomed to being a commuter – and a dog owning one at that – is an understatement. I knew that I also must be looking fairly ropey, firstly because Rhys offered to accompany Betty and I on our morning stroll too-early that morning, and secondly because a colleague offered me his slice of chocolate cake. He said it was because I had been chatting to him about our mutual love of Hummingbird cup cakes on my first day, but given that he also loves a slice of cake, I suspect it had more to do with my incessant yawning.

Still, on getting home, Betty never thinks I look anything but wonderful and assumes that, being her favourite human in the entire universe, I must be game for at least an hour of accompanying her on her daily sniff around Notting Hill. I haven’t the heart to say no, and in fairness, it was probably the thing that revived me sufficiently to be semi-conversational at supper.

Supper was, in actual fact, highly entertaining and the hour past midnight happened upon me unexpectedly. I did find myself unable to lean back too far into the comfort of my chair once dinner was done, but I believe that to be on account of the wine rather than the company or venue. I should learn not to drink wine when sat – it always has a horribly soporific effect and I find that I have to concentrate so hard on staying upright that it’s difficult to make suitably meaningful contributions to the chat. Tricky.

As for the company and the dinner: both were excellent. We ate at Electric House on Portobello road and I did something I never thought possible. I thoroughly enjoyed both Brussels sprouts and carrots. Usually, both are veggies I can approach with a ‘take it or leave it’ nonchalance, but whatever the kitchen did to them, they were genuinely epic. As for company, Barry and I did joke that we were possibly the only two in the room that could sit at the bar in Notting Hill’s cool-kid-hangout and hold an informed conversation about farming. Meanwhile, Venetia cemented her place as a lady I would like to know in ten year’s time the moment she confirmed that she was more comfortable identifying Gary Lineker as ‘the crips advert man’ than a prolific footballer. Cracking for a country lass with all the sporting knowledge of a goat then.

Come to think of it, in the culinary department, this entire weekend’s been quite the triumph, and not least for Betty. True, she missed out on the epic sprout experience, but yesterday, saw her venture to an Italian restaurant for the first time. Finding a restaurant that wold accommodate a dog and a toddler with such breezy ease with close proximity to Oxford Street could have been a tough quest, but the pizzeria in Mews of Mayfair nailed it. Betty tasted calamari for the first time and Rhys’ niece ran around in her vest with equal measures of gleeful abandon. My only wish is that I had ordered the large linguini rather than the small. On the other hand, by the time I had finished my Manoush takeaway at supper, the skin encasing my belly was quite stretched enough. I don’t imagine that I will be approaching any scales this week.

A Sunday roast at the Cricketers in Richmond was just what we needed this afternoon, and not least the pooch. Ever since I saw the Fenton YouTube clip, my sadistic side has been desperate to get Betty down there, mainly as a test of our relationship on account of her general disregard for any commands by me. If you haven’t seen that poor man and his naughty canine, Fenton, then you really should make every effort to watch it just as soon as you have finished reading this. I would be astonished if it doesn’t raise at least a smile. Turns out, Betty’s behaviour is truly exemplary in comparison to the rogue Fenton and the park was thoroughly enjoyable. Betty ran romped and relished the chance to be leash-free and with the exception of having to intervene when she attempted a quick swim in a lake, she remained remarkably composed. Lying on my feet as I’m typing, she’s bordering comatose which means that she is one contented pooch and my mission was accomplished.

As for me? I can definitely understand the appeal of it for the throngs of Londoners that had flocked there in droves. The air is palpably pleasanter and at times it’s possible to stand to take a breath without concrete impairing the view or the sound of traffic interrupting the quiet. I couldn’t help but wonder what some of the older oaks thought as they watched their surrounding areas become increasingly populated with concrete figures. I also found myself thinking that I totally understood how a show horse feels when it feels grass beneath its feet for the first time each spring season. It’s springiness is intoxicating.

Although, one thing I could not understand is why some people insisted on wearing wellingtons, sometimes with thick Hunter boot socks lapping over the tops when the weather is, and has been so gloriously rain-free. If we were enduring slushy conditions, then I could understand it. I dread to think what some of them may turn out in to walk around an actual real life cow shed with actual, real life, defecating cows. But maybe that’s the farmer’s daughter in me. After all, I’ve grown up in a community that’s rejoicing when the weather is sufficiently mild and pleasant in January to be able to forego the wellies. Perhaps if I owned smart wellies and only had such parks to exercise them I would be equally as likely to flash them as the opportunity arises. Still, I am infinitely more inclined to identify with the welly-brigade than the woman I spotted halfway down a hill in heeled boots. What was she thinking?!

I suspect that, when I have finished writing this, the evening will end at a pub nearby called The Cock and Bottle. It has occurred to me that its name sounds more like a cheap Saturday night out when you’re 22. I’m glad the vibe inside is quite different. 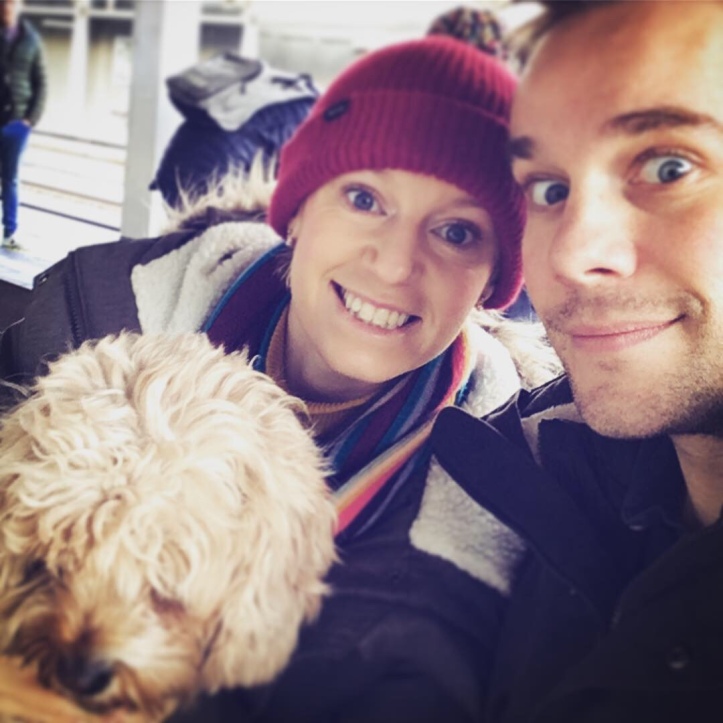 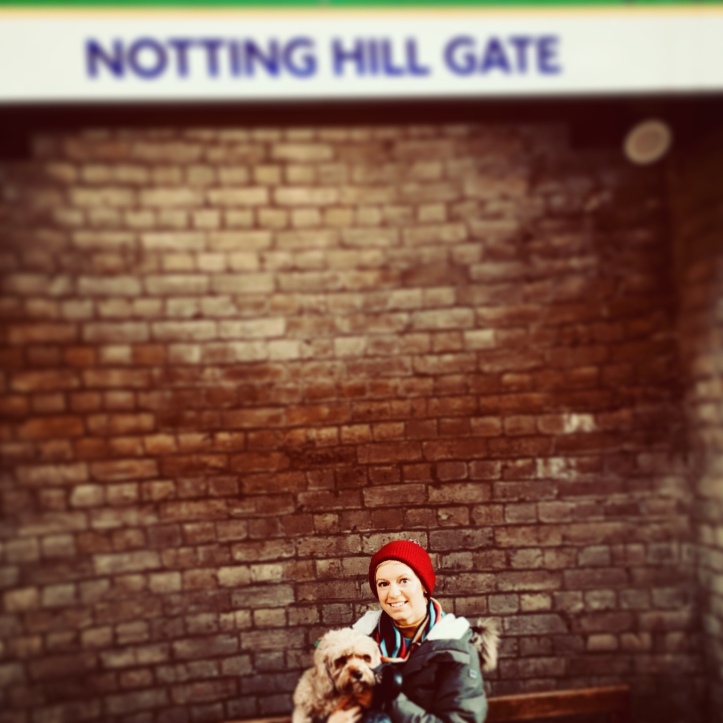