What we really think about the post-class status update.

Showing is a wonderful sport. It teaches us to win and lose gracefully. It teaches us that no work at all gets us exactly nowhere, but it also teaches us to realise that sometimes, no matter how hard we work, things don’t go our way. We have to be patient, display good sportsman-ship and be pleased for our fellows even though our own chips are so resolutely down they’re practically buried under two feet of concrete. But of late social media and gossip has become ugly again. So I have tried to come up with some stock phrases for all of you losing heart the minute you go ‘active’ be that online or in person. This one’s for you guys, and long may you survive your news feed.

1. They say: A baby blip in the show cost us the class.

We think: Shame for you, but keep it to yourself, we were dead chuffed to have won and would rather not know the judge preferred yours but didn’t like the bit where it tried to kill you.

We say: Well done anyway, I’m sure you have a great future ahead.

We think: Here’s the truth: no HOYS ticket is an easy ticket and that’s why only a tiny percentage of those who try to qualify actually get to rock up in October. Don’t rain on someone else’s parade.

We say: Ah well, good on them, they’ve been knocking on the door a while.

We think: No, love, you cocked up your show/ round. The other person won it fair and square. Who in their right mind would give away a ticket?

We say: Nothing. Literally nothing. I’m stuck for words, it’s such a ludicrous sentiment.

4. They say: He did a foot perfect show.

We think: There’s always something to work on unless you’re Carl Hester. Sorry, Charlotte.

We say: Well done, I’m really pleased for you. Have you seen the marks?

We think: Rider error! It’s a partnership. Stop blaming the poor dear you’ve dragged round every qualifier since the last world war. We may also think, ‘have you considered lessons?’

We say: Hey ho! Maybe next time it will go better.

6. They say: He couldn’t look any better, I just can’t understand what the judge was seeing.

We think: We can. Babes, he’s lame. And so fat I thought you were riding a walrus.

We think: No, darling, it was balanced. No one really likes running on the forehand with legs flailing so wildly the steward is fearing for the judge’s life as you come across the diagonal.

We say: I guess not all judges like ponies breathing fire.

8. They say: Nothing. They just snigger just as you’re eliminated.

We say: Nothing. But let’s try, ‘How are you today? Having a good day?’ After all, they might just have received a really funny text.

So if you’re one of those that are despairing, staying out of the ring, or considering packing it in. Don’t. There’s always another day. But please, whatever you do, don’t post online a cryptic ‘having the worst day’ or am ‘absolutely fuming’ today. They’re just too much to bear, ‘hun’. 😉 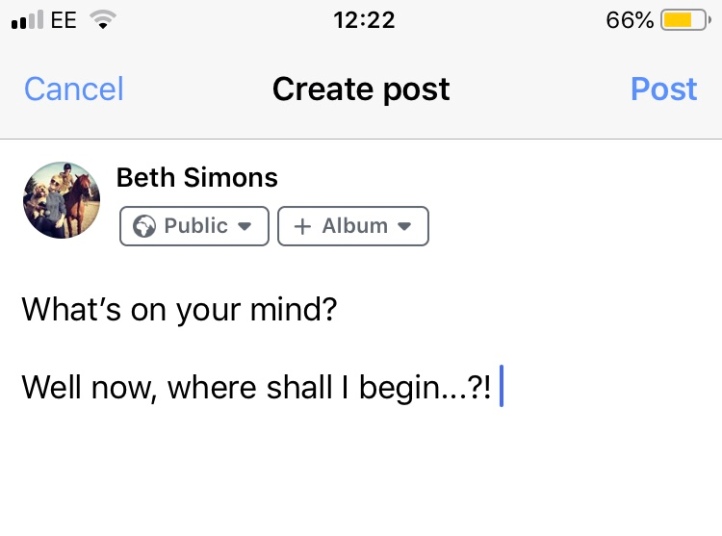