I need to talk about turning into my mother. It’s frightening.

Today is Maggie’s birthday. It is the 28th anniversary of a day I still remember with crystal clarity. There had been a significant buildup: I was excited to meet the small person I was determined we would name Feather and look a little like a pink frog on account of an image I had seen on TV of a newborn. When the time arrived, I was with my grandparents. Because I was nothing short of monstrous as a child with an unnatural ability to be horribly hyperactive whilst effectively starving myself, this was a regular arrangement. So I can’t remember if I was with them because arrival was imminent or just because my swollen mother needed a rest, and arrival happened during that time.

My grandmother called me to the phone, and my father told me our news. I was sat on a large wooden chest in front of the window, a blossoming garden behind me. ‘A sister?’ I exclaimed, in breathless wonderment. I don’t remember climbing down, but down I muct have climbed and elated I sat at the piano merrily composing a song to comemmorate the moment. I can’t remember the words or the tune. Probably that’s for the best. But I can honestly say that I have never shaken the feeling that I am incredibly lucky that this chubby little bundle with a shock of ginger hair came into our lives. Now, she is my sidekick and best friend. She’s still ginger and still little, though not so chubby.

Because we have a shared passion, our ponies, we have shared hours of each other’s lives in ways that perhaps other siblings don’t, unless they too have a common interest. We have mucked out together, fillet hay racks together, ridden together, driven around the country from show to show together. More importantly we have laughed and cried, partied and comiserated together.

All this often means that I often know exactly what she will think of something, what she will say. In fact, we often say the same thing, and often at exactly the same time in exactly the same tone. We joke at that point that we spend too much time together. Because in truth we are very different; I am rash and wear my heart upon my sleeve, I appear confident but am quietly insecure. Maggie, on the other hand is quieter, but bolder and more mischievious, and with a fierce inner mettle that I increasingly admire as we have grown older.

And this is why I am terrified by the recent studies concluding that women start turning into their mothers aged 33. I am newly turned 33. I am comfortable being compared to my sister. I am not comfortable with the prospect that I will now start to turn into my mother.

According to the study, imitated behaviours might include “adopting the same sayings, participating in the same hobbies and even watching the same TV shows” as their mothers. This is where it gets terrifyling. Am I really going to repeat the phrase, ‘sort of’ an average eleven times in a three minute telephone conversation, and yet more frequently face to face? Am I really going to see in middle age with an insatiable thirst for medical drama? An vagina giving birth on screen and accompanying every second supper of the week? Worse, will I spend my spare time watching QVC? And am I to take up vaping?! The prospect is unbearable.

For her part, the signs are there. She herself says she sees a flicker of her mother in the mirror as she reaches for QVCs latest anti-aging offering. My grandmother has long suffered with her feet. My mother’s latest incident has seen her feet up with a bandaged foot. Do you see where I’m going here?

But there is some hope: we have only recently started teasing her about turning into Mamgu, our grandmother.

And even if it were to become an inevitability, to her credit, Maggie and I both know that our Del is a hero in her own right. It’s fair to say that she has more than tolerated her fair share of dramas courtesy of both her children. In fact, I might even be accused of subjecting my mother to an endless display of melodrama which she has tirelessly gritted her teeth through. She’s also soon to retire a well respected leader in her role, having juggled work with hours of unfaltering support for many. Her phone never stops ringing with someone wanting to offload or seeking her advice. Afterall, working as she has with patients throughout her career, she’s seen all sorts and nothing much fazes her.

Nevertheless, I’m not keen. Because let’s face it, turning into our mothers can only mean one thing: we’re getting older.

Still, there is the consolation that becoming a parent often accelerates the process, and I’m still a number of years short of ready for a commitment of that magnitude. Aside from Betty, I am the one who displays care-seeking behaviour around here and am not quite ready to relinquish that crown.

So for now I’m parking it. Although, I am suddenly weary of my sewing machine and am making a mental note to halt my thawing dislike for ‘Call the Midwife’.

Happy birthday, little sister, here’s to you: long may you continue as my sidekick, and long may we buck the trend. 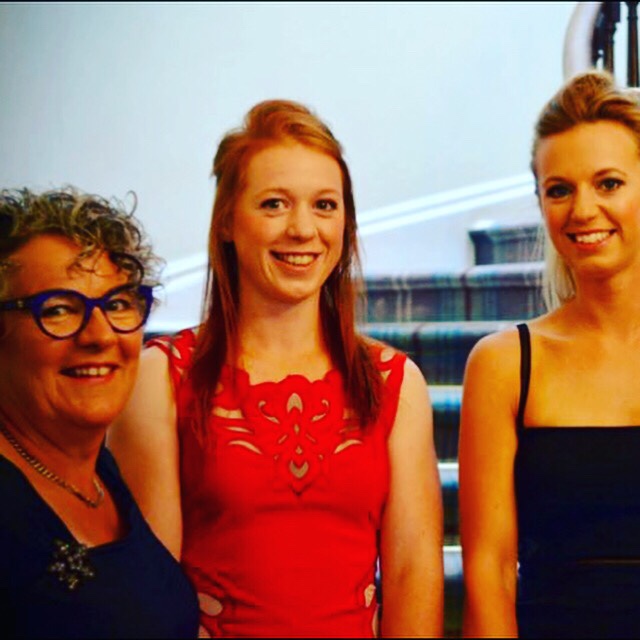