Realising that not many London landlords will accept sheep. Or horses. 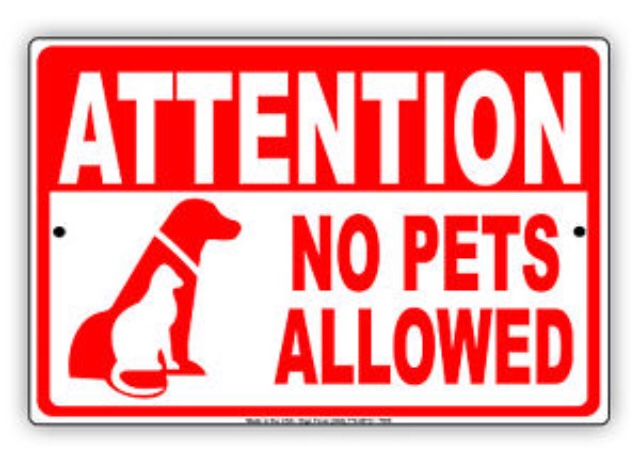 This dawned on me pretty quickly. Whilst I was adamant that I would not live without pet pooch, Betty, I was well aware that our budget wouldn’t stretch to a short commute for Rhys, stables, a ménage, and a paddock for my sheep. Instead I would have to make alternative arrangements for my ponies, and be content with a small patch of green outside our home big enough for Betty’s bedtime wee-weeks but nowhere near big enough for my sheep. And even if we could afford it, exceptionally docile as they are, I doubt greatly that we would ever have found a landlord willing to accommodate them.

Still, I was adamant that I would not be selling them. Only a little later, I decided that asking my little sister to look after my flock – albeit a tiny one – was selfish.  So I decided that the two would have to go, leaving only my three lovely lady-sheep for Maggie to negotiate.

I dreaded even making the advert, but when it came to it, I found it a straightforward process than I anticipated.

Deian, my first ever Swiss Valais Blacknose lamb was sold back in the spring.  I swore that I would never sell my first born, but, there I was with a grumbly belly and frozen fingers shaking the man’s hands, inwardly torn between guilt and rejoicing that my bank account would soon get a much needed injection of cash. Though pleased I made the sale, the whole episode confirmed for me that I am not a natural salesman of livestock. I didn’t haggle – I haven’t admitted that to Farmer Tim, my despairing father. Then I couldn’t remember what my online asking price was, and I had no idea about deposits or receipts so had to get Farmer Tim’s advice on the matter.  Nevertheless, I was savvy enough to resist Tim’s advice: ‘If they’re not paying in cash, have the cheque made out to the farm”.

I’m pleased to say that this time, I fared better: I haggled a little.  For one scary night I thought I may have lost my sale but woke to a message not only agreeing to a price, but to take his companion to boot, just to save him from impending burgers. Hallelujah!  Who am I to argue if the woman’s humanitarian concerns extend to my unwanted cross-bred sheep?

Deio, like his former pal, Deian, is a darling.  He loves a fuss and I was sure his new mummy would find his floppy ears just as irresistible as I did.  The trouble was, he never learned to differentiate between his sisters and the other sheep so he had to go.  Keeping an incestuous Pembrokeshire sheep in check whilst in Notting Hill was just too much.  Anyway I had absolutely no worries that he would settle into his new life as treasured pet and would love letting Granny June pet him in the garden.

However, I feared his companion, the cross-bred, would be more difficult to say goodbye to – not because I was particularly fond of him – but due to his repeated refusal to engage in any of my efforts to become fond of him.  He refused, for example, to allow me to catch him when he needed his feet trimming, eat from my hand, or even allow me the smallest hint of a familiar bleat when I called them across the field.  On social media he looked very cute and fluffy.  But I feared he wouldn’t seem so cute when chewing the daffs and refusing to let Granny June anywhere near him.  I felt he was troubled.  Who knows: perhaps it has something to do with me having him castrated?

But I needn’t have worried.  It’s actually all gone swimmingly and their new family really do love them.  I am, for the moment, still feeling rather pleased with myself despite Farmer Tim’s usual dose of wisdom, “There’s a lesson here, next time you go to buy a horse, you don’t have to pay full price!”  He has a point. So now that I am within a stone’s throw of Portobello, I shall be practicing…

Celebrating yet another Saturday night at home the garden with a Tom Collins for two courtesy of @whiteharedistillery Still, it’s not a bad spot all things considered!
#mondaymotivation 💪 This was in my memories this morning and I think it was just what I needed to get my butt into gear and get some ponies ready to show. They’re about to have a hell of a shock! 🥴 #showpony #showtime #showseason #welshcob #welshsectiond #welshcobsofinstagram #horsegirl #horseygirl #equestrianlife #countrylife #discoverunder5k
This is Fieldcote Halo Henry. He had an absolute freak accident last week which left him with a broken jaw, some very wonky teeth and quite a headache! Luckily, Amelia from Abbey Equine Clinic came to the rescue and whisked him off to hospital where they wired his mouth back in place. His face is still a bit swollen and he’s not out of the woods as it could all get a nasty infection, but I think it’s fair to say he’s feeling much, much better! 🥰 So grateful to him for being a superstar patient and also to Abbey Equine who have been fantastic in their care and attention to him. 👏🏻#ponyofinstagram #welshmountainpony #welshsectiona #toughasnails #countrylife #countryliving #horseygirl #horsegirl #equestrianlife
Easter: less out out with friends, more outside out with these two. 🤷‍♀️🙈#easter #easterlockdown #sunsout #springsunshine #springtime #outdoorlife #countryliving #countrylife #countrylifebestlife #countrylifestyle
That’s three more classrooms that have had the absolute and undisputed pleasure of meeting Mighty Mouse, and the more dubious pleasure of meeting Maggie Simons and I! @leaf_education #farmlife #farmingeducation #farmeducation #farminglife #britishfarming #wearebritishfarming #firstmilk #countrylife #countryliving #welshfarmingfamily #welshfarming
Halfway through the week and so now we’re rollin’ on down to the weekend. Old photo of my favourite gingers but think it captures #humpdayvibes pretty perfectly! #humpday #horsegirl #horseygirl #horsey #countrylife #countrylifestyle #happiness
Chanel continues to push the boundaries of her catabilities. 💐
Is it blowing a gale where you are? The weather is horrific here, so I have sought out some photos from when we moved in last summer to remind myself that there are times when living on the side of a great big hill is wonderful! #countrylife #countryscene #sunsetinthecountry #sunset #cloudscape #skyporn
Sometimes my featured photos couldn’t get it more right. This beaut is of li’l sis @maggie_simons winning and standing champion with Yrallt Mayday Surprise (Jimmy) at the @royal_welsh_show in 2010, their first season together. This was probably their first ‘big’ win. Jimmy was born a stone’s throw from the showground and was sold on as a foal. He made his comeback to Builth an impactful one. 🖤#throwback #royalwelsh #welshponyandcobsociety #welshponyofcobtype #welshsectionc #winnerwinnerchickendinner #champion #thebest #rurallife #countrylife #horseygirl #horsey
Chapter 35 started out bright. Apparently, it’s much the same way as opening chapter. #blueskies #blueskiesandsunshine #springiscoming #springtime #lovespring #countrygirl #countrylife #countryliving
Dydd Gwyl Dewi Hapus bawb!
Back when my greatest concerns were getting out of the calf shed and back to the flat in Notting Hill on time to meet these two, and not get nail varnish on my clothes while painting my toes on the tube. #adifferentworld #countrylifestyle #countrylifeproblems #countrygirlatheart #welsh