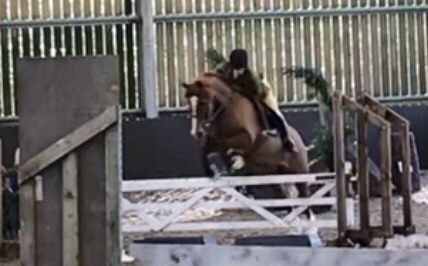 I think that summer is here.  On several levels, I find that terrifying.  Not least because temperatures near Aberystwyth apparently reached a heady 22ish degrees Celsius, which is rare in July let alone February.  What are we doing to the planet?  And why?  With impending climate-change induced doom looming ever closer, I have done the only thing I felt I could: revelled in the sunshine.  Basqued in it.  It’s ironic that for this first time in months, I left the house without my factor 50 on.  I concluded that a few hours of factor 15, and dare I say it, a naked face, wouldn’t do too much damage just this once.  For a start, I was in Pembrokeshire when I dared bare all meaning the chances of pollution AND Helios provoked wrinkles was minimal so…

And because it feels like summer is here, I allowed myself to venture to a show.  Despite an ardent love of my hobby, I hate winter shows.

2 Three minutes of working-in and your pony look shambolic.  You wonder why you ever bothered to bath it.

3 Three minutes of working in and you look shambolic.  More shambolic than you did before stating.  54 layers of clothing topped off by a thin smattering of sandy-mud and a snotty nose is never attractive.  There’s a reason why no-one chooses it for their wedding day.

5 Young ponies are naughty.  It’s cold, wet, and the beginning of the season.  Of course they’re fresh.  And by fresh, I mean naughty.

6 Peeling off 54 layers and getting into a pair of banana coloured leggings is depressing at best and a potential catalyst for pneunemonia at worst.  Seriously.

7 Post Christmas, with a bit of winter warmth casing your bones, the LAST thing you want to be photographed in is banana coloured leggings.  Fact.  And the weather has to be at least 22 degrees before I choose salad over a crème egg.

Obviously, Olympia International Horse Show is an entirely different kettle of fish: you stay in a warm hotel, the stable area is heated, working-in is indoors and dry and warm.  This would be enough to make it a winter-season highlight for me but then comes the piece-de-resistance, the icing on the cake.  Santa.

Anyway, as I was saying, I ventured to a show.  The sun was out, my little sister needed a hand, and so I did what most people involved in showing do at about this time of year. I did take a woolly hat but the fact remains, I was present at a show, in February.

I didn’t ride.  That would be too much.  Instead, I played chauffer, groom and photographer.  Worried that we were late (Maggie had needed to finish milking and feeding caves before we could leave), I practically pushed her out of the truck to enter, threw down the ramp and unleashed a princess with all her most diva-esque sass.

Lolly, more formally known as Longhalves Lollapaloosa, arrived almost two years ago now, and such is her place in our hearts, I can’t really imagine the yard without her a part of it.  To ride, she has sass by the bucketful, and is game for anything; but in her stable, she is gentle, loving and affectionate.  In short, she’s a part of the family.

Sunday’s outing was something of an experiment.  We only started jumping her because she needed to lose some weight and other tried and tested methods weren’t shifting the flab.  It turns out, she loves it.  And so it was that she ended up attempting her first ever Mountain and Moorland working hunter pony class, a class that she won.

She has matured beautifully over winter, coming into her own a beautiful stamp of Welsh Section B.  Sadly, Lolly knows as well as we do that she is beautiful, and in an attempt to truly convince the judges that she is the ultimate performance pony, she gave a wonderful display of extra moves after her gallop which cost her the championship.  Never mind.  We were ever so pleased with her anyway, and like Maggie and I, her breeder-owner, Jo, loves her despite her frequent displays of flamboyance!

Slightly more nerve wracking was Burghwallis Paprika’s, aka Paps’ debut with us.  He was bought for Maggie to be her working hunter pony so inevitably, that meant extra pressure as we expected him to perform.  It wasn’t perfect, but she has made enormous grounds in slowing him down to achieve a steady, balanced round which payed off: he also won his class, and this time, he managed to keep a lid on his exuberance to secure a reserve champion rosette.  Result.

Obviously, I would like to say that I played a major part in the success but Maggie has worked very hard to run the yard, work and negotiate milking and calving cows along the way, so all credit must go to her.

I was surprised to see such a good turn out at the show; obviously the outbreak of flu didn’t put off too many people.  Perhaps I trajected my own dislike of winter showing on others.  Some obviously have a greater tolerance of frost bite than me, as several ponies looked far from rusty, even this early in the season.

Yesterday, with the memory of Sunday’s sun on my face at the working in arena, I carefully hung my jacket, hat and ties beside my bed at Rowfantina Stud, and team Burchell HQ – the yard where my ponies now reside at livery.  I set about trimming my boys.  Tails were pulled.  Manes were pulled.  Then I tugged back rugs to assess the situation.  Clip lines visible, I considered tackling them.  Then memories of last year’s mid-March ‘Beast from the East’ came flooding back.  P’raps I can wait a little longer after all. 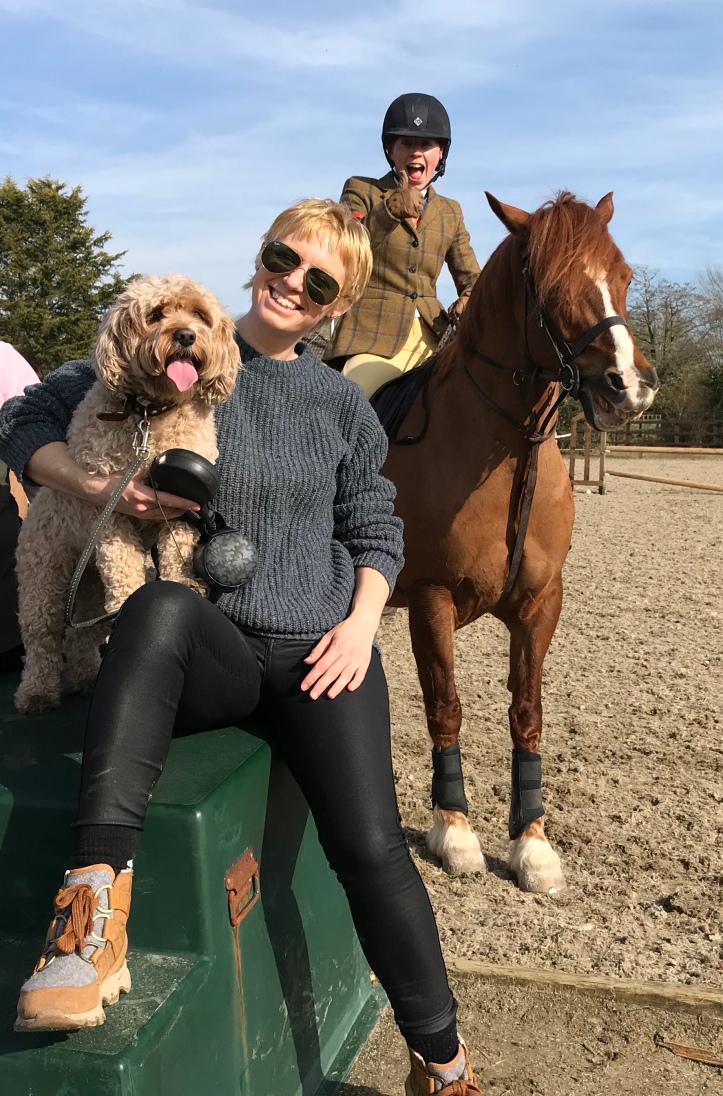 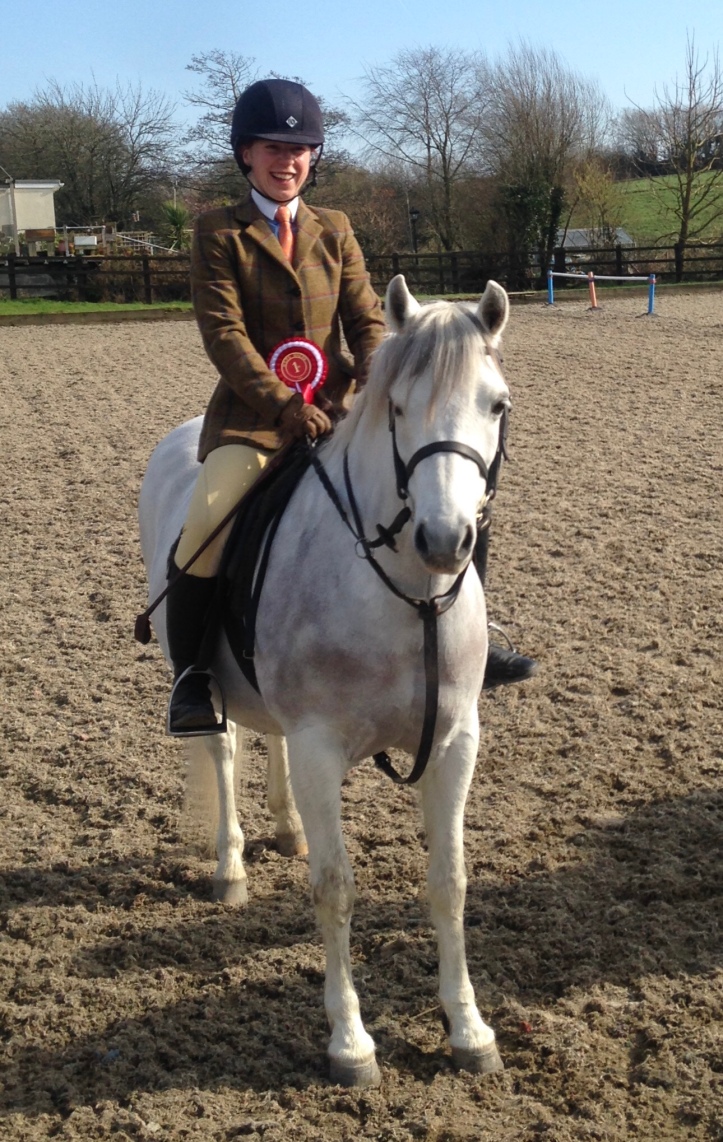 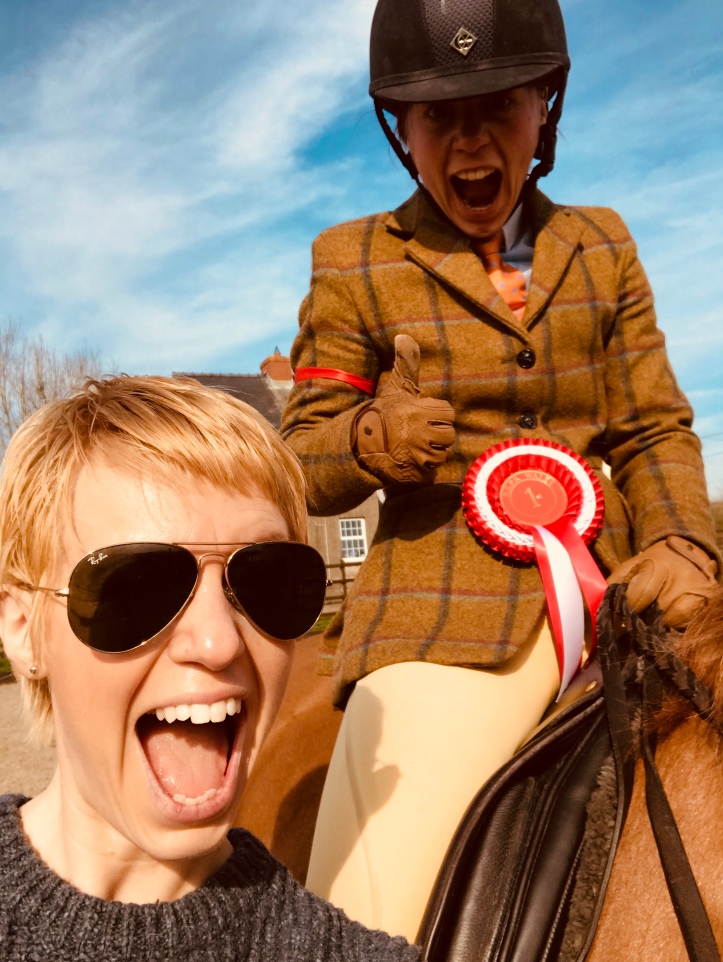