I finally made some resolutions

Something alarming happened in the shower on Friday night. Just to clarify, I try not to spend too much time naked – who needs to see that, myself included?! – but it’s inevitable if one’s going to maintain hygiene standards that nakedness does occur. When I have accidentally worn my bra into the shower, it’s a far from comfortable sensation and not to be recommended. Back to the point, though. There I was, beginning my cleansing rituals in the usual way: eyes closed, head tipped rolling from one shoulder the other, just enjoying the sensation of water-too-hot-to-be-good-for-me running down my neck and back. You see, I get a bad back and I swear by the hot shower water to loosen up the muscles, especially after a five hour drive such as the one I completed on Friday. Anyway, I then opened said eyes, and it was at this point that the damage occurred. As I looked down towards my feet, the realization hit me like a bolt: for the first time in my adult life, my belly was poking out beyond my boobs. Now, it’s not a big belly; I am far from an E-cup. But neither am I flat chested.

I gave myself the benefit of the doubt: perhaps sitting in my truck for just over five hours driving and then a further hour sitting on the train left me bloated. I ignored the snacking I had done all of the way – not conducive to positivity at that point. But then last night, having walked just over 10k exploring the locality (and a little beyond) a similar thing happened again. You know how, when you lie in the bath and look tap-wards, you see nipples, knees and toes poking out? I saw that, only with the unwelcome addition of my belly-button pooling bubbles just above the surface.

So my half-hearted proclamations to myself – something has to be done – have become somewhat more urgent and determined. Turns out, something HAS to be done NOW.

So this is it, the resolutions thing.

1. I’m going to try to move my ass more. Partly because it could do with a reduction in size, but also because exercise is so, so good for my overactive brain. As a real challenge for myself, I am signed up for a 10K race to kick off the initiative. But more on this another time.

2. I am going to drink more water. I won’t lie, this one is a total winner if it works out to plan. I’m told that drinking water will:

A) Stop me eating as much and therefore help out with resolution 1. Currently, I eat similar amounts as a middle-aged farmer, and therefore far more than necessary to complete the amount of physical work I do nowadays. I say nowadays, when in reality I always ate too much, but at least on the farm I moved more and was mostly under thirty years of age.

B) Make my skin look glowy. No explanation needed, we all want that, even the aforementioned middle-aged farmer.

C) Help my bank balance threefold: once because I won’t spend quite as much on food, twice because there will be less spent on anti-aging, and thrice because the dire inevitability for my wardrobe at my current rate of consumption can be avoided as soon I will be too chubby to fit into half my clothes and too poor to replace them, resulting in a hideous situation all round.

D) both satisfy and piss Rhys off. Frankly, he has gone on and on and on about my needing to drink more water so at least he will be pleased. However, in a biological act of defiance I know I will have the last laugh as he will spend more time sat outside toilets waiting for my weak bladder than ever before. Happy New Year, Sweetie Pie!

Now, whilst some may argue that I am way behind on the resolutions thing and should probably wait until next year, I beg to differ. I actually think that all of these people that set themselves fantastical New Year’s Resolutions to be started in earnest on the very morning of the year have got it all wrong. They are setting themselves up for failure. Think about it, most are still out, drinking wine over the bottle and forking fat into their mouths when January 1st actually technically hits us. Fast forward to when we are re-awoken a few hours further into the first, we are either too pissed to remember about said resolutions or too fuzzy and hungover to care. In my case, January second was also spent feeling suitably hungover and consequently, eating and exercise were both approached in a noncommittal fashion.

Bearing all of this in mind, I think that I have done well to keep making any sort of resolutions until now. Now, with nearly all of the choccywoccs finished and only two boxes of mince pies left, I have minimal temptation in the flat to draw me wayward. By default, I have an actual chance of realizing my resolutions.

Another feat on my part was to join the gym BEFORE Christmas. This way, it was done when I was feeling somewhat better about my burgeoning belly and slightly snug trousers. It was done when I wasn’t thinking to myself, ‘I cannot be seen in the gym looking this podgy and red on the treadmill,’ and ‘what if people think I am actually about to have a heart attack?’, and worse, ‘what if I am not allowed to complete any rigorous exercise for fear of starting an earthquake?’ Nope, I am committed. Not because I particularly fancy it at this time, but because I absolutely cannot afford NOT to use the subscription fee. Actually, if you take into account the fees, I should probably move in there.

My third stroke of genius in the resolutions department is going to be on account of how loosely framed these lifestyle guidelines are written. You’ll note that the first two begin, ‘I will try to…’. I know from experience, telling me that I MUST or MUST NOT do something else never ends well. This is why you won’t find any rash diet restrictions in my list. Bread will be consumed, though possibly less than half a loaf as toast. At tea time. Croissants will also be consumed, though possibly not previous to egg on toast. Meat will definitely be consumed. The only way I am to face increased amounts of salad is if it’s accompanied by steak. Similarly, milk, too will be consumed but for no other reason than I like it and my farmer father would probably disown me if I became a vegan. Then again, I found myself torn. I needed to push my psychological boundaries. And yet equally, it’s gratifying when you look at your to-do list and at least one thing seems pretty doable? So this is where my last resolution comes into play, both a challenge and a no-brainer rolled into one.

3. I MUST NOT eat sprouts. Or kale. Or courgettes.

See what I did there? You can thank me when you’re making yours next year. 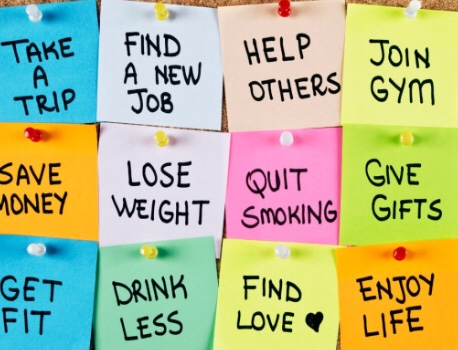