More train fails for me.

It’s been nearly 15 months since we moved into the flat in Notting Hill. This means that I am well versed in the intricacies of the journey to and from Pembrokeshire. So, when I stepped onto the train on Friday in preparation for the journey back to London for a weekend with my fiancé who I sometimes think forgets what I look like, I quickly settled into my seat, relaxed and ‘zoned out’.

Alarm bells should have first started ringing when I noticed that trains were running on the hour, rather than every half, meaning that something was amiss. Still, what was to be done about it?

I settled into a chair and Betty settled beside me. A few months ago a lady rudely questioned the appropriateness of my beloved pooch traveling by rail. She did so in Welsh midway through conversation with her companion, believing from my appearance that I wouldn’t understand her. I’ll admit, I had an uncharacteristically ‘frank’ chat with her, but I won’t go into that now. Instead, I was pleased when another woman smiled at Betty when taking her seat opposite me. This, I have come to learn, is the kind of act one must elicit joy from when traveling on Britain’s railways, especially using Transport for Wales.

At Swansea, a throng stood on the platform. That didn’t surprise me; the Manchester Piccadilly is often packed, and I’ve often had to stand until my welcome switch of locomotive in Cardiff or Newport. In fact, I was surprised that Betty had kept her seat rather than my lap for so long.

The girls opposite us began faffing. They glanced furtively at each other; glanced at phones, then glanced at each other again. They gathered their things and left. People continued to flood onto the train. There were no seats left now. An announcement rang out on the tannoy above but I couldn’t hear it and to be honest, I wasn’t that bothered: I had a seat and wasn’t due to leave it until Newport. Although I noticed that the young woman who smiled strained to hear the announcement, and looked perturbed by what she heard.

Fortuitously, she had asked as she first sat down how to determine which seat was hers. The train was so old that it didn’t seem to have the usual system in place. I asked out of curiosity if she was going all the way to Manchester. ‘No,’ she said, ‘London.’ Surprised, I smiled, and replied, ‘Me too’.

I say this was fortuitous because when she couldn’t hear the announcement, she pointed across the platform and asked me, ‘should we be swapping for that train over there?’

‘I don’t think so,’ I said, ‘though it is odd that there’s a London bound train sat idle when we’re to swap at Newport…’

She turned to a new face, ‘this train is headed for Manchester, right?’

‘No, love, they’re turning it round; it’s going back to Milford Haven.’

You have not seen two women and a dog move for the door more swiftly. I shoved my coat, dog lead and book beneath my arm, lunged through the cabin with Betty dodging cases in the packed aisle behind me. But it was too late. I can’t decide how much pleasure the man with the trolley-cart derived from informing us that, no, we couldn’t get off. That, no, he knew we weren’t moving. But the platform guard had now closed the doors. Sorry, love.

I was furious. Not only was the announcement made once, when a hoard jumped on board, but I had actually spoken with the ticket officer as he came around to try to find sufficient signal to complete my card payment. For the FOURTH time. Couldn’t he have mentioned it?!

Belligerently, I sat back down, fully aware of the eyes on my tomato face. I was embarrassed, for sure, but also glad that at least this time my rush to get off the train didn’t end with me splitting my trousers. I also felt mildly redeemed by the fact that I wasn’t alone in doing so. I braced myself for a trip back down the line in the opposite direction to my desired destination. When we disembarked at Gowerton, the next station down the line, it was only 40 minutes after we had last left it, and it would be another 30 before we left it a second time that evening. Nevertheless, I felt further comforted by the fact that there were a further 4 passengers who had made the same mistake. Sheepish, we waited. I attempted to cut corners, Googling taxi fares and ETAs to see if we could reach Swansea before the train sat on that platform beside us pulled out of the station. It was impossible.

When we did eventually manage to pull out of Swansea, we had added almost two hours to our journey time. But by this point, I had started chatting to the lady who had sat beside me originally. I figured she was about my age, just a few years younger.

We exchanged pleasantries and slowly but surely, we exchanged details of our lives, professions, backgrounds, our mutual love of dogs and children – even dating stories. In truth, the journey became a pleasant one.

Chat became too free when another woman joined us in our carriage for three LONG stops. If I didn’t have creases in my forehead before she started on tales of dodgy doctors, bombings and her pet snake, my eyebrows were raised so high for so long during that brief encounter that I’m in serious need of Botox since. Make no mistake, she aged me. The photos of the snake probably took years off my life.

By the time I reached Paddington, I felt the need to check that Laura would find her way ok. Once again, today, on my return journey, Betty has initiated a chat with a stranger. It’s reinforced a thought that I had when I happened to share a train table with a very interesting elderly gentleman a few weeks ago. It is all to easy to look at phones, iPads, laptops and even books, keeping us connected to the world outside but in doing so, ignoring the folks right in front of us. We may get no chat at all, but we may find common ground, shared interests, connections and opportunities. We may learn, gain understanding, a new perspective. Surely that’s better?

Still, I will have to ensure, even if I do get into a most interesting conversation, not to take my eye off the ball; Welsh transportation will surely catch me out if I do, and I don’t want another trouser incident. 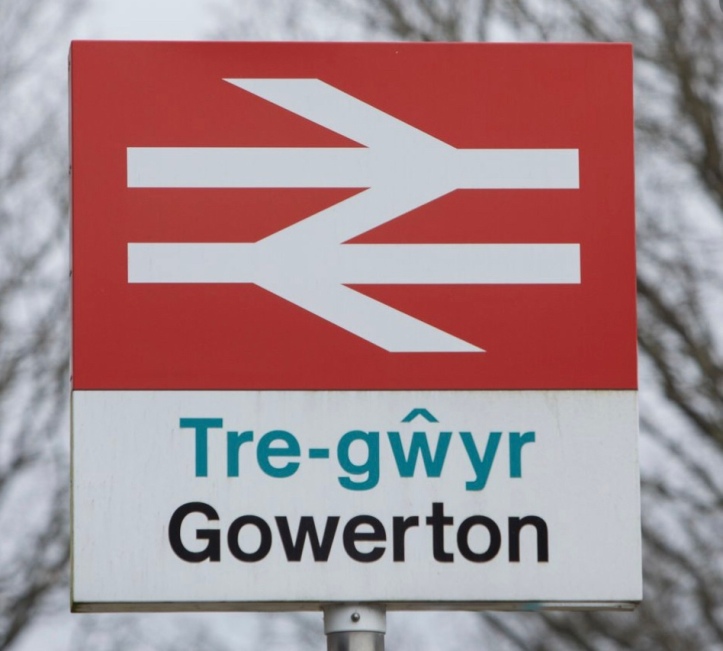